Regional habitats are associated with broad-scale biome and bioregion ecological units influenced by the climate and topography of a region. The biosphere lies at the boundary of two distinct South African Biomes – grassland and savanna, with remnants of a third biome – afromontane forest.

Imbedded in each biome are assemblages of plants that are likely found together in an area, at a finer scale than the biome. These assemblages are influenced by local geology, soil type, hydrology and micro-climate, and have been classified as vegetation types (VT) by Mucina and Rutherford. There are 435 vegetation types classified for South Africa, of which 15 are found in the Magaliesberg Biosphere.

* These ecosystem types are embedded in some of the classified vegetation types.

Typically this central bushveld bioregion is represented by woody vegetation and a grass dominated herbaceous layer. Depending on local conditions, trees form semi-open to closed thickets or woodlands, and can range from short deciduous bush cover to a medium-tall +5m tree cover of deciduous and evergreen trees. Some vegetation types are dominated by thorny species (Acacia sp).

None of the Norite Koppies Bushveld VT is formally protected. It mostly occurs to the north of the biosphere, with 4% of its extent within the biosphere transition zone.  It is under severe threat from granite mining, which strips the entire surface and tops of the koppies, leaving them completely degraded.

The grassland bioregion that predominates in the Biosphere is Mesic Highveld Grassland. Characterised by a Mean Annual Precipitation above 650mm and frost, a thick cover of sourveld grass species dominate in the summer, followed by a dormant winter period. The high diversity of forbs found in grasslands, is what makes grasslands an important biome for species richness (Mucina & Rutherford, 2010). Rocky habitats show a diversity of woody species, which occur in the form of scattered shrub groups or solitary small trees. Riverine habitats contain frost tolerant and deciduous woody species.

The Crocodile River Reserve, and some of the Cradle of Humankind World Heritage site, contains much of the remaining Egoli Granite Grassland outside of urban Johannesburg. This vegetation type is highly vulnerable to urban expansion and the CCR and Gauteng Biodiversity Stewardship authority have been working towards its protection through the establishment of the reserve, which was promulgated in 2019

The Northern Afro temperate Forest vegetation type forms part of the Zonal and Intrazonal Forests Bioregion. It is a grouping of inland isolated forest patches of the northern Highveld occurring in low-escarpment kloofs and ridges, usually at an attitude of 1450-1900m above sea level. The Magaliesberg forests mark the western most occurrence of this vegetation type (Mucina & Rutherford, 2010).

In the context of the Biosphere these forests are found in the kloofs and valleys along the northern slopes of the Magaliesberg. Vegetation is of afromontane origin, and is relatively species poor for a forest biome (Mucina & Rutherford, 2010). However, these forests support some biodiversity that does not occur in savanna nor grassland systems.

CREATION AT ITS BEST

The unique assemblage of flora and associated fauna of the Magaliesberg is well recognised, and a biosphere status for the region was conceived due to the large number of species represented in the area, which includes a number of threatened red and orange list species.

Tap to select the previous period
Next

Today, over 500 flowering plants are described in The Field guide to Wild Flowers of the Magaliesberg by Gill and Engelbrecht, 2012.

A checklist of birds of the Magaliesberg, by Wesson & Balt (2014), totals 434 species, and the Magaliesberg and Witwatersberg areas (more than 62% of the Biosphere area) is identified as an Important Bird Area, by Birdlife South Africa meaning that it contains species of global conservation concern and supports large numbers of migratory water birds on a regular basis.

The significant biodiversity of the region has been recorded through scientific investigation for many years. Botanical and zoological collection and hunting expeditions around the Magaliesberg from 1835 onwards into the twentieth century identified and described a number of new species to science. Notably, these include the Sable Antelope and two endemic floras of the mountains. 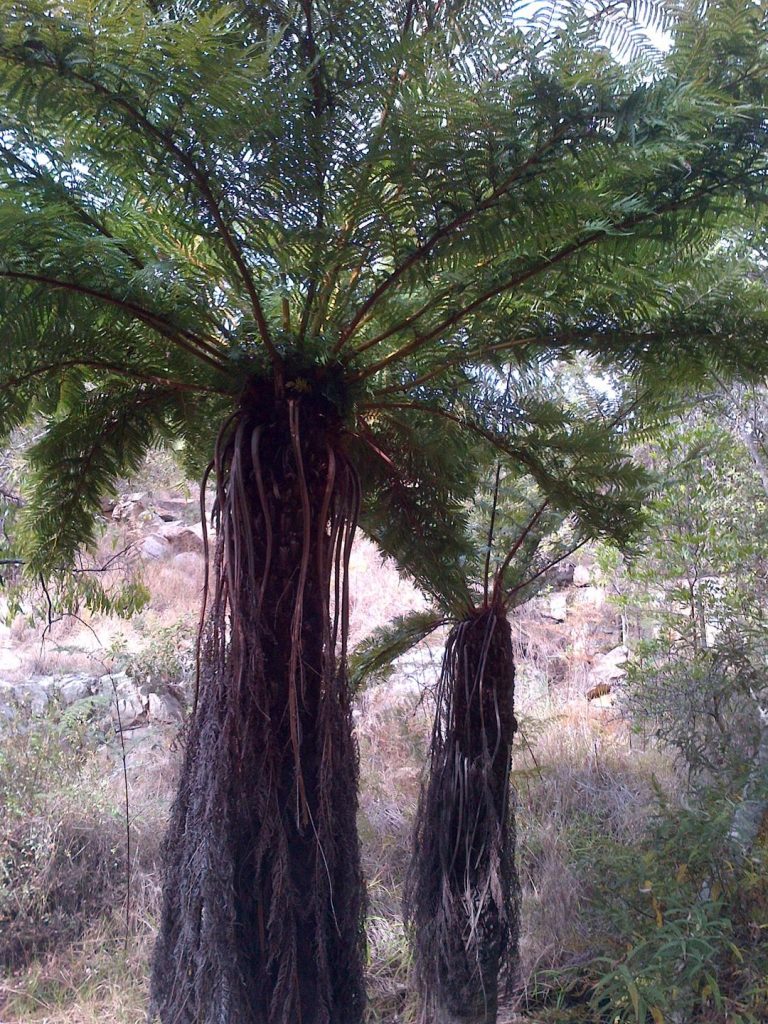 The Cape Vulture (Gyps coprotheres), is the subject of ongoing research and monitoring in the Magaliesberg (Whittington-Jones, et al., 2014) and it has become somewhat of a flagship species for the region. The NGO, Vulpro, leads the way in the conservation, awareness and rehabilitation of Africa’s Vultures from their operation which is located in the biosphere.

Monitoring of the movements of leopard (Panthera pardus) and brown hyaena (Hyaena brunnea) in the Magaliesberg and The Cradle of Humankind World Heritage site, are ongoing projects.