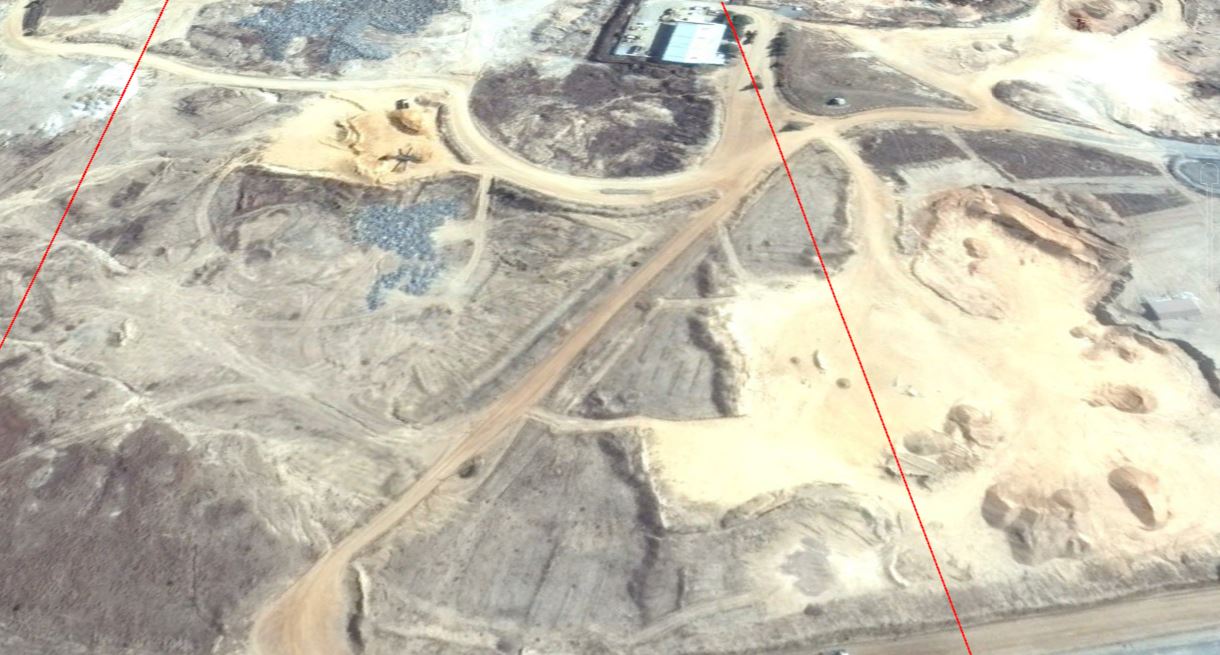 The MBR NPC (not-for-profit company), formally appointed to manage the Biosphere in line with the agreement between the Government and Unesco, was reacting to applications for a mining prospecting right for dolomite aggregate and limestone mining on 45 hectares in Hennops River.   This lies in the Buffer of the Biosphere.

“Prospecting and mining within the Biosphere Buffer Zone are undesirable and cannot be supported,” says Andrew Murray, Chair of the Biosphere NPC.  “The Environmental Management Framework for the Magaliesberg Protected Environment is clear that there is already an over-reliance on mining within the Magaliesberg region.  The further intrusion of mining in a zone intended for tourism, recreation and conservation is contrary to the approved and adopted Biosphere Management Plan.

“The international commitment that the Department of Environmental Affairs (DEA), North West Province and Gauteng Province made to UNESCO is to reduce invasive development such as mining in both the core and the buffer zones, whilst supporting activities with sound ecological practices, including environmental education, recreation, ecotourism and scientific and social research.  Any application for prospecting is contrary to that intent and must be rejected. Following their commitments, we would seek the assistance of DEA and the Provinces in rejecting this application.”

Murray said that the NPC supports sustainable economic development built around conservation of the landscapes, ecosystems and cultures of the Magaliesberg regions and is aligned with existing official biodiversity guidelines and frameworks for the area.

Residents of the areas surrounding the proposed prospecting site, including members of the soon-to-be-promulgated Crocodile River Reserve which adjoins the site, have appealed to the Department of Mineral Resources and environmental authorities to reject the application from Kaywell Holdings Pty Ltd.

See below a map of the Magaliesberg Biosphere Reserve showing the physical location of Portion 209, Hennopsrivier 489 JQ (see red flag) on which approval for mineral prospecting is being sought. 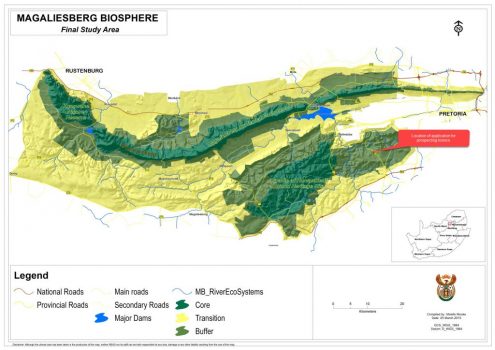 A generated by theme