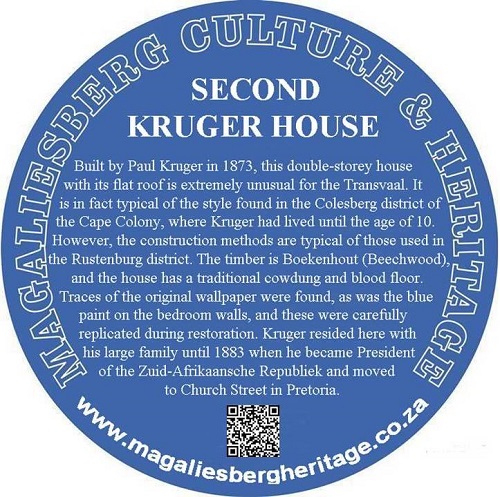 On 6 April 2019, five blue plaques were unveiled for the historic Kruger buildings at the farm Boekenhoutfontein. These 19th century buildings are on the property of Kedar Heritage Lodge, which unveiled the plaques in conjunction with the Magaliesberg Association for Culture and Heritage (MACH).

The research done by Dr Benneyworth has shown conclusively that Black people in British Army camps during the South African War were in fact forced to work in order to buy food and so avoid starving to death.