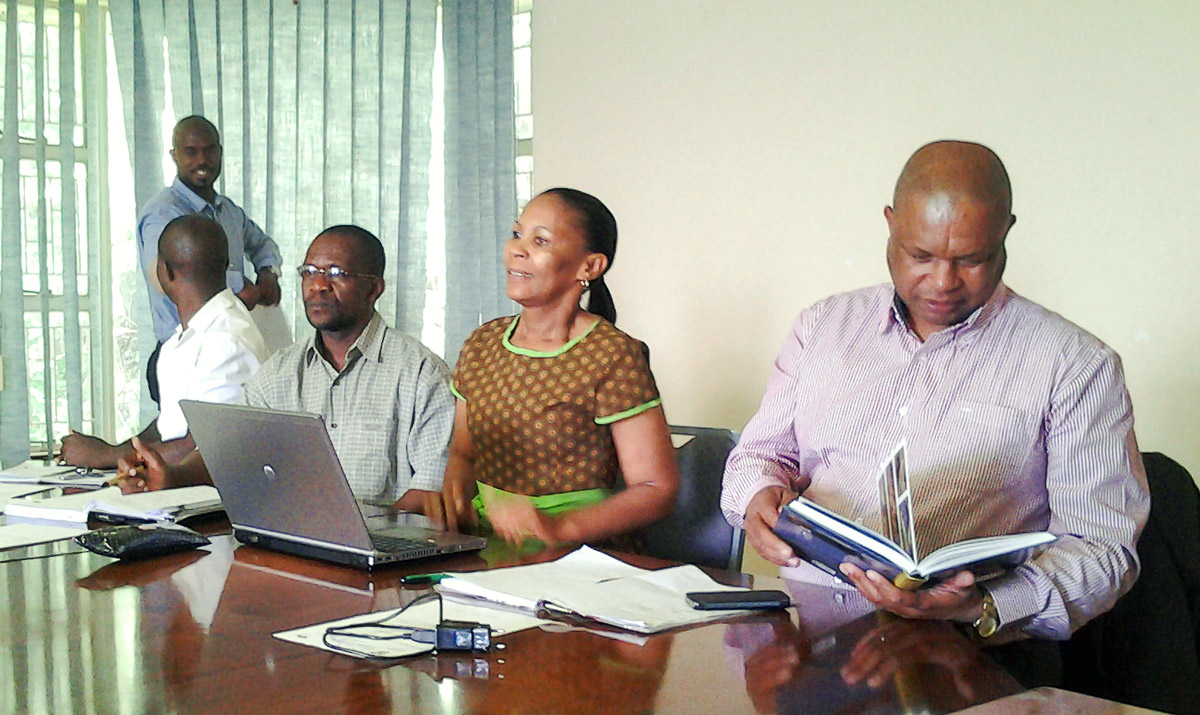 A proposal is submitted to address the vacuum at the end of public participation and the completion of the work by Contour Project Managers. There is no response to the proposal from NW. The proposal is a repetition of an offer made in June 2012 which also did not receive a response.

Officials informed that an excised “island” within the Biosphere was not acceptable. Officials revert with a proposal which excludes all land south of Pelindaba. Effectively removing from the biosphere a focus area for the expansion of protected areas strategically identified, one of the largest and oldest conservancies, and the GDARD stewardship project. Officials invite Francolin and Rhenosterspruit Conservancies to a meeting to inform them of this revision.

Advisory Committee to the ICC consider re-submission of proposed Biosphere

The statement by the Advisory Committee reads: The Advisory Committee strongly encouraged the authorities to resubmit a nomination that will address the following elements: Improvement in the zonation pattern, namely the core area and buffer zone, in order to fulfill the criteria in the Statutory Framework of the World Network of Biosphere Reserves; Exclusion of Pelindaba and the surrounding area from the biosphere reserve proposal, possibly by using natural boundaries, for example rivers.

Submission must be ready by 30 September 2014

Heads of Department of GDARD and DEDECT have declared that the aim of completion of the submission by 15 September must be met. If the submission reaches UNESCO by 30 September 2014, its reply is expected by March 2015.

Steering Committee meets in Rustenburg to put together an action plan to meet the September submission date. An agenda item includes “Securing Endorsements”.

Members of MBIG request information and guidance from NW Officials on where endorsements are needed for the September submission. There is no response.

“158. The Council acknowledged with appreciation the additional information provided with regards to its previous recommendation with regards to the Pelindaba area. The Council congratulated the authorities for revising the zonation which now excludes Pelindaba nuclear centre and the surrounding area from the biosphere reserve proposal. 159. However, there has been no update of the zonation pattern of buffer and transition zone of the proposed biosphere reserve. Therefore, the Council deferred the proposal. The Council strongly encouraged the authorities to resubmit a proposal with an improved zonation pattern with regard to the core areas and buffer zones, in order to fulfill the criteria in the Statutory Framework of the World Network of Biosphere Reserves”.

Target date for a re-drawn map and explanatory summary

The re-drawn map and explanatory summary will be distributed to MBIG for comments by 22 August 2014.

NW officials distribute map and summary for comment by 12 September

“. . given the requirement for endorsement of in particular the buffer zones, only those properties for which endorsement of the buffer zones could be secured, were submitted as part of the Nomination.” Effectively, this leaves parts of the Core without endorsed buffers, and therefore the submission fails to meet the criteria set by UNESCO.

Obtaining the endorsements for the Magaliesberg Biosphere is a priority action. The HOD, Poncho Mokaila, officials from the Department, and members of MBIG meet to discuss and plan. The HOD assures all that the resources required will be available to meet the deadline.

2015 June – The Magaliesberg has been declared a World Biosphere Reserve!