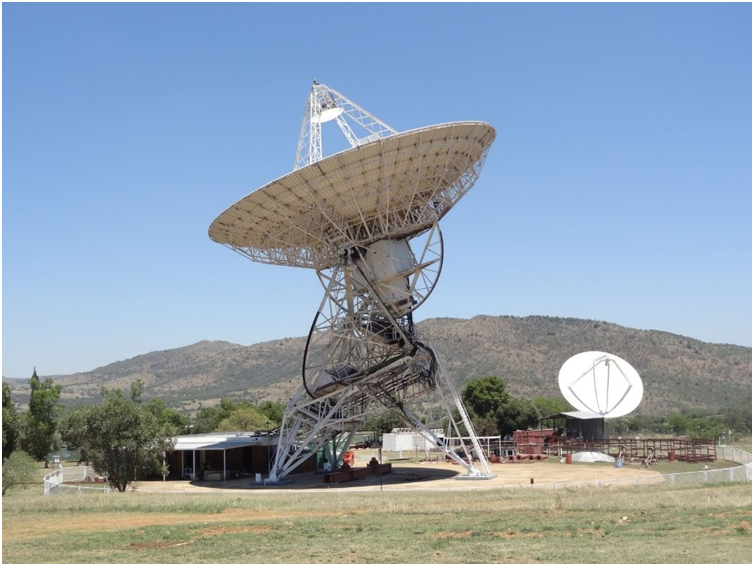 The Magaliesberg has a distinguished but little-known history in astronomy.  Fifty years ago, three world class observatories were located in the region. Many prominent astronomers came here to observe the southern skies and their observations had far- reaching consequences; the estimated age of the universe was doubled, moon landings were controlled, and South Africa became a leader in astronomical science.

In 1903 the Transvaal Observatory (later the Union Observatory) was established in Johannesburg, the first major South African observatory outside the Cape. The director, Robert Innes, initiated a working collaboration with Leiden University in Holland that lasted over seventy years and a building for the exclusive use of Leiden astronomers was built in the Union Observatory grounds in 1936. However, by the 1950s the city lights began to impair observations and a new site was found on the southern shore of Hartbeespoort Dam near Broederstroom. Coincidentally, the locality is adjacent to the Early Iron Age archaeological site later excavated by Revil Mason and Tom Huffman (see Magalies Memoir No 1)

Leiden University Observatory
A small observatory was constructed on the Broederstroom site in 1954, and the first telescope to be moved there was a photographic refractor donated to the Union Observatory by John Franklyn-Adams in 1909. The instrument had attracted world attention many years before when Innes used it to discover Proxima Cenrauri the closest star to Earth. Light from Proxima Centauri is very faint and it was only discovered by using the most sophisticated photographic technology at that time. The telescope had also proved its worth by having taken “the best photographs ever of Halley’s Comet” according to the popular astronomer Patrick Moore.

Although officially an outstation of the Union Observatory, the Broederstroom site was operated autonomously by Leiden University under Theodore Walraven, an internationally celebrated astronomer. The Franklyn-Adams telescope was followed shortly afterwards by Leiden University’s own 16-inch (41cm) diameter Rockefeller astrograph. The astrograph used twin telescopes mounted alongside each other and could take remarkable paired photographs. In 1957, a third, even larger telescope was brought out from the Netherlands. This was a state-of-the-art 36-inch (914cm) instrument, called a flux-collector used, not for visual observations, but for stellar spectroscopy, the study of stars by analysing the frequencies of the radiation they emit. Computer science was in its infancy at that time and, in what was regarded as a technological marvel, the spectral frequencies of starlight were amplified and digitally recorded on punch tape for analysis.

In the late 1960s it was decided to centralise South African astronomy at Sutherland in the Karoo and the Union Observatory in Johannesburg was closed. However, Walraven and his colleagues continued to work independently at Broederstroom until Leiden University left South Africa in 1976. The site was transferred to the Pretoria Technikon (today the Tshwane University of Technology) and renamed Toppieshoek. The 36-inch flux-collector was sent to the European Southern Observatory in La Silla, Chile, but the Franklyn-Adams and the Rockefeller astrograph still stand unused in the old observatory buildings. They are treasures of South African scientific history and deserve to be restored.

Radcliffe Observatory
Before Leiden University had been accommodated at Broederstroom, Oxford University had moved its renowned Radcliffe Observatory to Pretoria. The Radcliff had been founded in Oxford in 1772 but by the 1930s light pollution and smog made observations impossible. The Director, Harold Knox-Shaw, decided to move the institution to what was then considered the scientifically progressive Union of South Africa.

Pretoria City offered the Radcliff a 25ha site on the Waterkloof ridge, two kilometres from the old Klapperkop fort, and the move began in 1935. Using the proceeds of the sale of the Oxford property, Knox-Shaw ordered a massive new 74-inch (1.9m) diameter telescope – the largest in the southern hemisphere. Four years later the observatory building with a high-tech rotating turret had been erected on the ridge, but the 2-ton optical mirror was still being manufactured by Corning Glass in the USA. The outbreak of World War II stopped further progress and the great telescope only arrived in 1948. The new Radcliff Observatory was technically very advanced. The telescope could be switched between optical and spectrographic work, the building was insulated and controlled to keep the temperature constant all year, and the mechanism that gradually rotated the huge telescope to track the night sky was precisely regulated by the vibrations of a tuning fork.

When Knox-Shaw retired in 1951 David Thackeray became Director. Thackeray was a brilliant scientist educated at Eton and Cambridge and a specialist in spectroscopy. He was also famously generous with his knowledge, always ready to help young astronomers who came to the new Radcliff. He worked closely with Walraven at Broederstroom and their families became friends. Thackeray’s son, Francis, often accompanied his father to Broederstroom where he explored the Early Iron Age site, triggering his career as an eminent archaeologist and paleoanthropologist in the Cradle of Humankind. He became the first Director of the Institute of Human Evolution at Wits University.

Under his father, David Thackeray, the Radcliffe Observatory became one of the world’s leading astrophysical institutions. Among his many important observations, he discovered what are now called Thackeray’s Globules – dark clusters of gas in the Magellanic Clouds – and from those observations he was able to deduce that the universe was twice as old as had previously been estimated.

As with the other observatories, lights from the growing city of Pretoria eventually interfered with observations and in 1972, exactly 200 years after its founding, the Radcliffe Observatory closed. The giant telescope was moved to Sutherland and Thackeray became the Radcliffe Professor of Astronomy at the University of Cape Town. Tragically he was killed in a motor accident while returning from a visit to Sutherland in 1978.

The Hartebeesthoek Radio Astronomy Observatory (HartRAO) is the third of the great astronomic institutions in the Magaliesberg and the only one still actively in use.

The largest of the HartRAO radio telescopes is the 26-metre dish that was built by NASA
in 1961. Because of the curvature of the Earth, space probes from Cape Canaveral (then Cape Kennedy) would lose contact with all monitoring positions except southern Africa for a few crucial minutes after launch. So, the Hartebeesthoek tracking station was built by NASA to track satellites and space missions and it played a vital role in those early days of space exploration. The Apollo 15 Moon landing in mid-1971 was controlled partly from Hartebeesthoek and the first ever colour photographs of Mars were received at HartRAO from the Mariner VI mission in 1969.

In 1975 NASA handed the facility over to the South African CSIR and it was converted to a radio astronomy research observatory. That remains one of its main functions, and new technology has kept it at the forefront of astrophysics. Today the radio telescopes at HartRAO monitor radiation from stars in deep space and gather data on the dynamics of the Universe. They are also used for geodesy programmes including the study of the precise measurement of the Earth, the movement of tectonic plates and continental drift, and variations in the distance between the Earth and the Moon. Many of you probably use signals from HartRAO in the navigation apps on your phone or car. In future HartRAO will be integrated into the Square Kilometre Array (SKA), an enormous astronomical project jointly located in Australia, South Africa.

In these times of semi-opaque air pollution and climate change, it is easy to forget that the Magaliesberg skies once yielded world-renowned observations and, because of them, South Africa stood tall on the international stage of science.

For the information in this Memoir I have used The Astronomy of South Africa by Patrick Moore & Pete Collins, and A history of Scientific Endeavour in South Africa edited by A.C. Brown. I have also enjoyed informative conversations with Professor Francis Thackeray of the University of the Witwatersrand and Marion West of HartRAO.